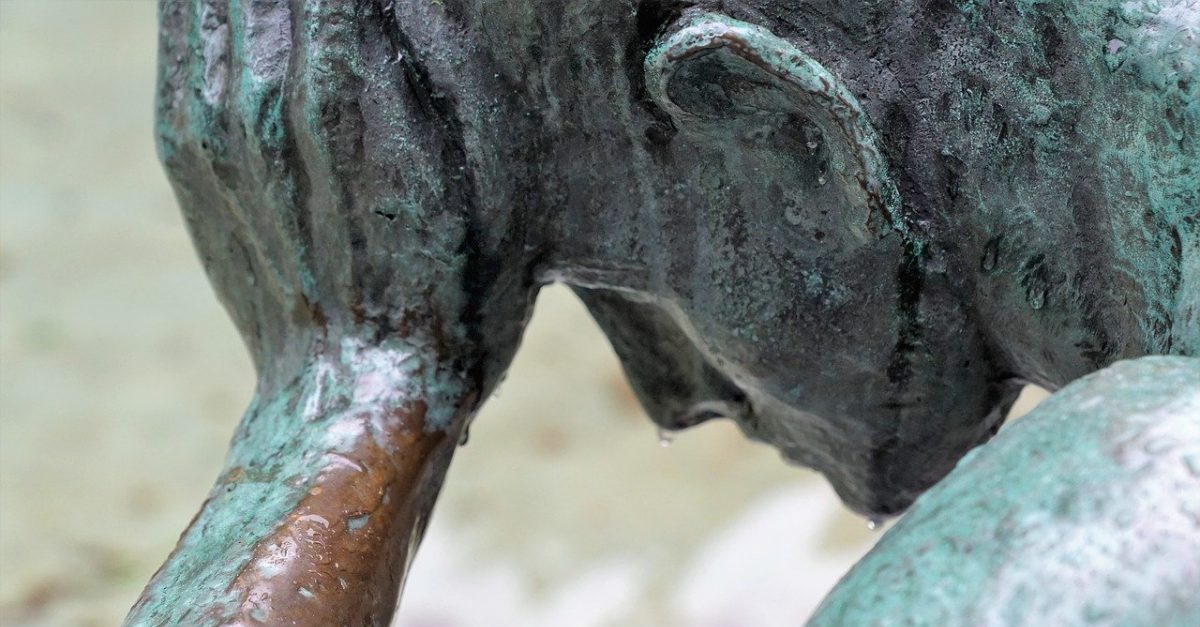 Previous Post: « Writing a Novel – The Actual Writing (aka Drafting)

Self-doubt is a very prominent thing these days, and it seems to come hand in hand with any creative endeavour. It's the sensation that what you're creating is shit, that you're not good enough, and that you will never be good enough. Many artists who are deemed highly accomplished in their fields can struggle with it, which just goes to show that it's not indicative of quality or success. It's a personal battle, one that must be fought and won by you and you only.

Because A Single Source of Truth took me such a long time to write, I went through many, many phases of self-doubt. I'd experienced similar feelings before when writing screenplays, but nothing as intense, although I think that was because, with screenplays, I was in familiar territory. Movies were my thing, and I felt like I knew how to speak their language and had the confidence to piece together a 3-act script. A Single Source of Truth, however, was my very first novel. And novels were totally not my thing.

A well known psychological issue many successful people encounter is imposter syndrome, where despite their high level of achievement, they believe they're not as good as everyone thinks they are, and it's only a matter of time before someone finds them out. I wasn't (and I'm still not) accomplished enough to experience true imposter syndrome, but I certainly felt like an imposter writing my book. It took me ages to figure out why.

Authors love books. They love to read. They've been reading since they were a kid, and fondly remember days as a child reading under the covers with a flashlight. This is a generalisation, and whether this is true or not isn't important; it's my generalisation and what I believed. I was, to some extent, the complete antithesis of my stereotypical novelist. I didn't love books. And if I'm truly honest, I still don't. I do read, every day if I can, but I'm a slow reader and I never grew up with my nose buried in books.

In my defence, I've had access to a home computer since I was 4 years old. When kids my age were reading books, I was playing Repton on the BBC Micro. Computer games and movies were my sources of entertainment, and it was only when I got into adulthood that I realised maybe I'd missed out on something. I do get enjoyment from fiction books, but it doesn't come easily, not for someone who grew up with entertainment spoonfed to them from loud and colourful screens.

So who on the hell was I, attempting to write a novel? I was a screenwriter and filmmaker, familiar with screenplays and movie structure from studying my favourite films. Written prose was for the well-read who got higher than a D in A-Level English Literature (I got a C in Language, though, woo). It was a losing battle every time I sat at that computer because no matter how much work I put in, I still considered myself not good enough.

Turns out, self-doubt can be a healthy trait. There are writers out there who will bash something out in no time with a huge smile on their face thinking it's the greatest work since Dickens. When other people read it and disagree, it's them who's wrong, not the writer. Delusion is rife in the creative space. I've been there. I remember finishing my first ever screenplay thinking I was going to sell it for a million dollars. When I read it now, a little bit of sick enters my mouth. It's bad.

Striking a balance is key. If I thought my writing was shit, maybe it was, and that's a good thing. It meant I had enough self-awareness to identify flaws and what needs to improve…

In relation to this, I recommend watching this great video by Ira Glass that discusses the gap between our work and our tastes.

… but maybe the writing wasn't so bad after all. Maybe I was being too hard on myself. I think the main issue wasn't my writing, it was me. After being knee-deep in a piece of work for such a long time, I couldn't see the woods for the trees, and I was consumed with almost every cognitive bias out there, subconsciously arguing and reasoning with myself over whether what I was writing was worth people's time or not. And I kept telling the same story to myself: “I'm a screenwriter, not a novelist.”

Here are some excerpts from my morning journals back when I was rewriting the book.

As you can see, I wasn't having a very good time with it. I certainly went through a few bouts of depression while I was writing it, and only in retrospect can I see that it was mainly down to the internal battle I had going on between who I was, and what I “should” be doing. That battle rages on to this day, although it has calmed down somewhat now that I have a clearer understanding of myself.

Everyone has strengths and weaknesses. As a writer, I would hope one of my strengths is writing, and that means I can tackle any medium I want, be it a book, screenplay, play, blog post or poem, because writers write, right? This is like thinking all hip-hop artists can compose classical music. On a macro level, writing just looks like one thing, but go in closer and the range of required skills and techniques is spread far and wide across a diverse spectrum.

Up until A Single Source of Truth, I'd only ever written screenplays and plays; mediums that are light on detail and used as blueprints for physical performances. A novel is the performance. It's everything encapsulated. And since receiving that email from an agent back in 2014, I have only ever considered the medium of A Single Source of Truth to be a novel (or maybe a 6-part TV drama, Netflix, if you're reading this? *wink*).

And I now know, by going through the sheer exhaustion of writing it – and lately my new book – that my strength doesn't lie in writing prose. I struggle with words, all the time. It takes me forever to string a sentence together. I repeat the same connective lines or character descriptions over and over. I don't feel I have big enough vocabulary, or can think quick enough to be bashing out a book every 6 months like some authors can. I'm not a prolific reader. I find it extremely tough. It is not my strength.

Does that mean I should shirk from the challenge?

Theodore Roosevelt once said: “Nothing in the world is worth having or worth doing unless it means effort, pain, difficulty.” Sounds pretty depressing, but then again, an opportunistic person would see “difficult” as challenging. And to be challenged provides personal growth.

The main driving force I cling to when writing out of my comfort zone is that, first and foremost, I consider myself to be someone who likes to tell stories (AKA a “storyteller”, but more on that below). Writing is just the process of translating the story from your head into the minds and hearts of others, and some stories may lean towards certain mediums over others as their best form of translation.

It may be that writing films and plays come easier to me and that I'm more naturally suited to them, but my aim is to tell stories in their best possible way. As long as I understand the contract I'm signing before I carry out any work – that novels will always be harder for me than anything else – I can mitigate those low moments of desperation by remembering it's all part and parcel of the process, and to tell myself to keep calm and carry on.

My next novel has been tough, just like I knew it would be, but I'm sticking with it because it's a story I want to tell in its most appropriate medium. I'm looking forward to starting another play though, that's for sure. I see it as necessary peaks and troughs. For all the advantages and disadvantages each medium has over the other, I always learn from it, and the teachings undoubtedly cross over. And that's the balance I want to strike.

One final thought on labelling yourself. You'll notice that throughout this post I called myself a screenwriter, a novelist or a storyteller etc. I try not to do that any more because using labels only fuelled my self-doubt. By labelling myself one thing (ie. a screenwriter), it excluded me from being not only a novelist but being ANYTHING ELSE IN THE ENTIRE WORLD.

I'm not a novelist, a screenwriter or a playwright. I'm a human being who has written a novel and has written some plays. And I'm lucky enough to live in a time and place where I can try whatever artistic endeavours I want, without restriction. And why not?